Islam Is Our Enemy: US Army!! 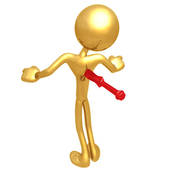 The US Army’s fatwa that “America’s enemy is Islam in general, not just terrorists’’, is really very dangerous and highly provocative. It is really very shocking that the mid-level and junior US Army officers were being taught this theme till some of the student-officers themselves objected to it and the course was withdrawn.

The revelation that has now been published by media all over the globe is really very dangerous also in the sense that junior officers would be running the US Army, the most powerful army of the world, in future.

And the opinion of US military officers engaged in teaching that the best way to deal with this `enemy’ is to bombard the Islamic cities of Makkah and Madinah like that of Hiroshima and Nagasaki in Japan during World War II or Dresden in Germany without caring for civilian casualties, indicates the worst form of hatred against Muslims and Islam in their minds. This is in direct contradiction with American official stand that US is against terrorism, not against Islam as a religion and the war it is fighting in Afghanistan and other countries is against terror, nor against Islam.

Though the course has been withdrawn from the Army curriculum and Lt Col Matthew Dooley, who was engaged in teaching the material, has been removed from his teaching assignment at Joint Forces Staff College in Norfolk, Virginia, it is really alarming that Dooley has already polluted the minds of young Army officers. But what is more worrying is that no senior person in the US Army stopped Dooley from teaching such hate-materials to the young army officers.

His war plan that Saudi Arabia be reduced to starvation suggests deep rooted anti-Islamism in his mind. Dooley seems to have learnt from the British forces fighting against Turkey during World War I. The British Army had forced starvation on Saudis to make them revolt against Turkish Khilafat. At the same time, they also tried to rouse Arab nationalism and propagated hate against Turks to weaken the Turkish rule.

Since the survival of the inhabitants depended on imported food grains, people panicked once foodstuffs stopped reaching there. Due to non-availability of food, thousands of people were starved to death. As the residents of Madinah remained loyal to the Turks till the last moment, all supplies to the city were also blocked by the Sharif Hussain of Makkah with the result that hundreds of attendants at the Holy Mosque of the Prophet died of hunger.

Ultimately, Madinah also succumbed to the designs of the British. The British plan ultimately succeeded resulting into the dismemberment of countries under Turkish Khilafat and allowing Jews to settle in Palestine.

Almost the same tactics are being employed by US after almost 100 years of the World War I to destroy Muslim lands now, with the Arab rulers fully cooperating to implement the evil conspiracies of US and the Christian West.

It was first Iraq that was used to attack Islamic Republic of Iran. Then US and the European Christendom attacked Iraq as also Afghanistan subsequently, with all their military might, bringing death and destruction for the Iraqi people. Their war is still on against poor Afghans. All this was done on the pretext of fighting terror.

The US and the Christian Europe also reportedly used Qatar to finance the revolt and war against Muammar Qaddafi in Libya. Now the Libyan people are passing through the worst of times and they are subjected to daily bombardment by NATO forces despite Qaddafi and his family having been removed long ago. Post Qaddafi, loot, rape and murder has become a daily affair in that African country.

As British provoked feeling of Arab nationalism against Turks during War War I, the US is now sowing seeds of division to weaken Muslims by promoting animosity between Sunnis and Shias as is evident in Iraq as also through its agents in Pakistan. The same weapon is being used to weaken the government in Syria. The plans are also being made to mount a military attack on Iran which has achieved some level of military muscle to challenge Israel, the US extension in the Arab land.

The recent developments in Europe indicate the fast growth of anti-Muslim, anti-Islamic sentiments among the common populace there. The neo-Nazi Golden Dawn Party of Greece, that was using hate-Muslim campaign as a political agenda, won seats for the first time in its Parliament. Anti-Islam rhetoric was also used by various political parties in the recently concluded presidential elections in France, particularly by pro-Christian National Front led by Marine Le Pen. It is a different thing that her party failed to win the polls. France’s outgoing president Nicholas Sarkozy had banned the wearing of scarves in government offices, indicating intolerance towards Muslim culture and its identity. Sarkozy also tried to rally the Christian world against Turkey by raising the issue of Turkish Army indulging into mass killing of Armenians, who are basically Christians, during the World War I. He tried to bring a law punishing those who denied the Armenian massacre, thus targeting a large number of Turkish people settled in France. In Netherland, ultra-Christian Party for Freedom is also based on its hatred towards Islam and Muslim immigrants in the country.

The media reports from several countries in Christian Europe indicate that anti-Islamism is becoming a popular tool of various Christian fundamentalist political parties to win political space for them. And such outfits are also gaining popularity and expanding their base, indicating that anti-Islamism in the Christian world is fast becoming a centrifugal force to attract supporters. According to the reports, supporters of political parties targeting Islam and Muslims are mostly the young in their twenties and early thirties as well as educated middle class, including businessmen and government employees.

In many European countries like Belgium and Netherlands, vigilante groups have been set up by anti-Muslim political parties to keep watch on fresh Muslim immigrants from Arab and African Muslim countries because of recent political and social upheavals in these countries. This indicates Christian world’s growing intolerance towards multi-culturalism, particularly, Islam and Muslims.

This is one of the biggest challenges to the contemporary Muslim world. But this challenge can be met only by introducing democracy, transparency in the governance and bringing immediate unity among all Muslim countries as also closing the gap between Shias and Sunnis by forming some sort of union among the Muslim nations. But who will take the lead in this effort?

Arabs are not ready to accept the leadership of Turks because of ego problems and Iranians don’t want change of regime in Syria because of the fear of Sunnis taking over the reins in their neighbourhood and Sunni Turkey helping Sunnis in Shia-majority Iraq and destabilize Alawite Shia-ruled Syria to prevent Shia Iran’s access through Shia-ruled neighbours to Mediterranean. The Shia-led governments in Iraq and Syria are also hounding out the Sunnis. Can we then face those trying to obliterate and exterminate us and expect a fate for us better than what it is today?
Taken from twocircles.net
Posted by Abu_Tamim at 01:46 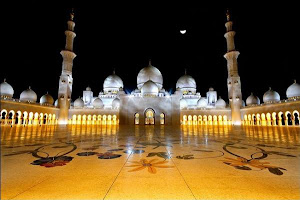 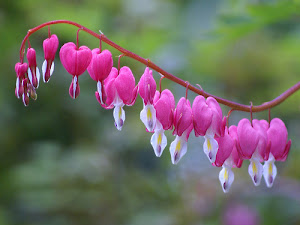